Once again, a new Drug Czar has been nominated. “Drug Czar” is a nickname for the post of Director of the Office of National Drug Control Policy or ONDCP. This nominee is Rahul Gupta, a medical doctor who served for three years as West Virginia’s health commissioner. Since November 2018, he has served as the Medical Director for the March of Dimes.

Would Dr. Gupta be the best nominee for this position? News articles during his tenure as WV health commissioner lauded his efforts to curb overdose deaths. A graph showing overdose deaths in WV at that time do show a declining statistic. However, these numbers were declining across the country. Dr. Gupta left West Virginia in November 2018 to join the March of Dimes. Nationally and in West Virginia, overdose deaths began to climb in 2019. It appears that it’s possible he made no innovative or lasting changes in the state.

Nationally, we are on a fearsome path as relates to drug overdose deaths, both in this state and across our nation. Every month, our losses set new high records. Doing the usual is not the answer. America needs a change, perhaps a dramatic one. If Dr. Gupta can guide American agencies and community groups with policies that have shown lasting results when implemented in the real world, then America has a chance at a better future with thousands of lives saved. 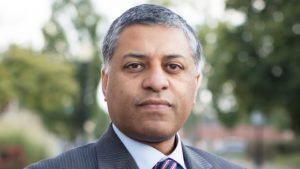 Dr. Rahul Gupta is the Biden Administration’s nominee for the next Drug Czar.

Gupta, a primary-care doctor who previously served as West Virginia’s health commissioner, led Biden’s transition efforts for the drug policy office and serves as the top health official at maternal and child advocacy group March of Dimes, would be the first physician to serve as drug czar if confirmed by the Senate.