Decriminalization — Harm Reduction — Medication — Have We Forgotten About Rehabilitation? 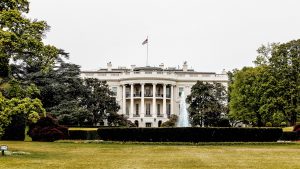 Photo by René DeAnda on Unsplash

In July 2021, the Washington Post published a lengthy article about the Biden Administration’s efforts to curb drug overdose deaths. The article discusses the use of the medication-assisted treatment drug buprenorphine, the opioid antidote naloxone, decriminalization of drugs and harm reduction projects like clean shooting rooms.

The heat has been turned up under all these efforts in this COVID era that has seen a devastating increase in the number of overdose deaths. The Washington Post article mentions the number 93,000 lives lost in 2020. Since the publication of this article, we have learned that we can expect to have lost more than 100,000 lives in the twelve months ending in April 2021 when all the autopsies are completed and turned in. That’s a tragic new record for this country.

Of all the discussions of different measures we should be taking in response to this catastrophic loss, there is no mention of rehabilitation.

I like definitions of rehabilitation that include this concept: the act of restoring something to its original state or condition.

In the world of drug addiction treatment, have you noticed that there is little to no discussion of rehabilitation?

In the Washington Post article, Nora Volkow of the National Institute on Drug Abuse states, “We need to educate people that addiction can be treated.” Treatment in the NIDA book is generally the use of medication-assisted treatment. Can addiction actually be overcome and not just treated?

Keeping Rehabilitation in Our Thoughts and Hearts

Decriminalization, harm reduction, medication-assisted treatment, antidotal drugs—if our focus is only on these measures and we never mention rehabilitation, then the idea of rehabilitation is not even present in our thoughts or our hearts.

Some people will argue that these other approaches are the best we can do, that we don’t have the time, money or personnel to rehabilitate the millions of Americans that are addicted to one substance or another. And there is some truth to that.

But in incremental steps, it seems, we have abandoned the idea that we even have the ability to rehabilitate the citizenry that needs this help. Shouldn’t we maintain belief in rehabilitation as a goal, even if it seems far off and not always immediately possible? Possibly, there is no greater gift we could give to a person who is addicted.

A stunning report this week that an estimated 93,000 people died of drug overdoses in 2020 has renewed attention on the nation’s other epidemic: The drug crisis that the government, health-care workers and street-level activists have been battling unsuccessfully for more than two decades…

A wide spectrum of changes has been offered by government, academic and think tank researchers, criminal justice experts and health-care workers, and lay people to try to help the nation’s more than 8.1 million people with substance use disorders. Solutions range from completely decriminalizing the consumption of drugs, as Portugal did in 2001, to overturning the way the health-care system treats users.