Does the New Definition for MAT Really Work?

A revised definition of Medication Assisted Treatment (MAT) has surfaced in recent years which goes against the traditional definition and which has the potential to cause problematic consequences. In effect, the definition shifts MAT from being a single aspect of addiction treatment to being a stand-alone treatment. This article explores some of the possible consequences of such a change.

A few years ago, Dr. Kelly Clark, past president of the American Society of Addiction Medicine, modified the meaning of MAT. For years, the acronym MAT had referred to Medication-Assisted Treatment. Now, for her and some other people, it has a new meaning.

At the 2018 Prescription Drug and Heroin Addiction Summit in Atlanta, Dr. Clark was quoted as saying: “MAT is now considered a transitional term. The science is clear: medication doesn’t ‘assist’ treating opioid use disorder, just as insulin doesn’t ‘assist’ treating diabetes. From here on out, MAT will be considered Medication for Addiction Treatment.”

Redefining a term that has guided medical or rehabilitative care for years must be done judiciously and thoughtfully. A redefinition can change the way some practitioners approach treatment and the way those in recovery approach their returns to sobriety.

There may be some pitfalls associated with this redefinition that we would like to examine here. 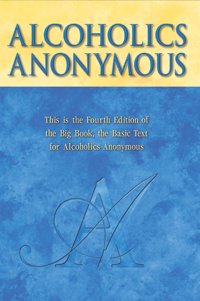 The effects of a re-definition can be far more impactful than might be visible at first sight. It is vital if any redefinition is going to take place that it does not imply anything that is not within the realm of science. Neither should it influence people to think that there is only one way to recover from addiction when it is plain that there are many. In fact, SAMHSA supports this concept in the same document when they say:

“No single treatment is appropriate for everyone.”

This is echoed by almost the entire recovery community which for years has held that there are multiple pathways to recovery.