A company named Psilera Bioscience has announced the beginning of trials using hallucinogens to treat alcoholism. They propose using a form of DMT in this treatment, another case of a drug of abuse and misuse being tested as a treatment for addiction to another substance. The history of using one drug to treat addiction to another drug goes back to the late 1800s when heroin was recommended for the treatment of those addicted to morphine.

According to the National Institute on Drug Abuse, the effects of all hallucinogens, including DMT, the type of drug to be tested by Psilera, are unpredictable. NIDA describes these effects as “drug-induced psychosis—distortion or disorganization of a person’s capacity to recognize reality, think rationally, or communicate with others.” Will those involved in these trials receive full informed consent of the possible effects of these tests?

These pre-clinical steps will be carried out at the University of South Florida (USF) Health Neuroscience Institute. This is yet another project that seems to reinforce the fallacious idea that human beings require drugs to be capable of recovering from addiction.

Psilera has announced it will begin pre-clinical studies with its psychedelic-inspired new chemical entities (NCEs), aimed to reduce alcohol consumption and combat alcohol use disorder (AUD). 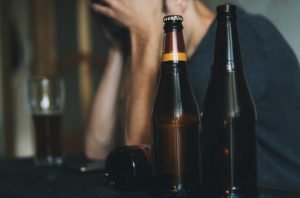 This ground-breaking study will be the first in vivo screening of these psychedelic-inspired NCEs and will be performed by Dr Danielle Gulick’s laboratory at the University of South Florida (USF) Health Neuroscience Institute, US. Psilera will provide up to seven NCEs which will be analysed to assess efficacy in AUD and psychedelic effects via established pre-clinical models.