Rep. Ann McLane Kuster, D-N.H., announced the plans of the newly formed Bipartisan Addiction and Mental Health Task Force, of which she is a leader. This task force intends to “broaden the scope of legislative efforts beyond opioids to include all forms of addiction and mental health,” according to rollcall.com. More attention and support for those trapped in addiction is always a wise investment.

In the press release making this announcement, Kuster referred to a past legislative action that addressed addiction recovery support. She cited a 2016 “medical research law that included resources for treatment and prevention of mental illness and addiction.” While she doesn’t refer to this law by name, it seems likely that she’s talking about the Comprehensive Addiction and Recovery Act (CARA) of 2016.

According to SAMHSA, CARA authorizes more $181 million per year to respond to addiction. It was intended to greatly increase both preventive and treatment programs. Is there any problem created by this action? CARA includes a provision to “Launch an evidence-based opioid and heroin treatment and intervention program to expand best practices throughout the country.”

The only programs that qualify as evidence-based are pharmaceutical-based programs because only drug companies have the millions of dollars to invest to carry out multiple large clinical trials and get them peer-reviewed and published. This then provides the pharmaceutical companies with evidence to take to the FDA for approval of their drug to treat addiction. Faith-based and Twelve-Step programs, while they have worked for millions of people, don’t have that kind of funding. While only intending to help, CARA and actions similar to CARA may actually shut out many people who could be helped through these alternative programs. 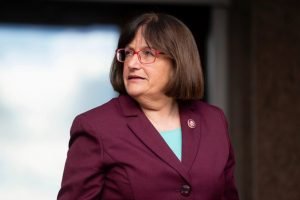 The co-chairs’ first action will be to introduce a resolution that would designate September as National Recovery Month. The former Bipartisan Opioid Task Force released an agenda of bills each session, and Kuster says the new group’s agenda will be “coming out shortly.”

“In the next couple of months, we’ll come right out with it,” said Kuster, pointing to other bipartisan successes such as a 2016 medical research law that included resources for treatment and prevention of mental illness and addiction.

Congress has passed multiple wide-ranging laws in recent years to fund prevention and expand treatment of substance use and mental health disorders. Fitzpatrick said the task force intends to meet with the president and vice president once the group has its agenda.