While pharmaceutical companies like Purdue Pharma, Johnson & Johnson and Teva Pharmaceuticals have been settling one lawsuit after another for sums reaching billions of dollars, they have also been establishing themselves as vendors of addiction treatment drugs or overdose antidote drugs. In some cases, they also continue to market and sell addictive drugs through a wholly-owned subsidiary, while the parent company apparently swears off trafficking in these drugs as part of their settlement agreements. We take a closer look at some of these companies and the front-end and back-end gravy trains they’ve built for themselves. It’s pretty well known that pharmaceutical companies have profited from the number of people who became addicted to opioids like OxyContin and Vicodin. After all, those who become addicted immediately and involuntarily become the loyalest of customers. It turns out that many of these corporations actually built themselves a way to profit even if those people get themselves into treatment. There seems to be no way of stopping these corporations from profiting from the pain and desperation of millions of humans.

Let’s look at the front-end and back-end gravy trains these corporations have built. To find those who have placed profits above human life, it’s helpful to look at the lawsuits these companies have settled for tens of millions, hundreds of millions or even billions of dollars. The suits are a fast and convincing index to their misdeeds, even if the settlement was accompanied by a “no wrongdoing admitted” statement.

Because there are more than three thousand of these lawsuits, many that have been grouped into massive “multi-district litigation” and some that are independent, we will only sample a few in each case.

Given that it is well known many pharmaceutical companies contributed to our overwhelming opioid addiction problem, should policy makers, service providers, communities and families continue to trust these companies with the ongoing sales of addictive drugs, including Medication Assisted Treatment (MAT) drugs? It is important to understand how these companies helped to create the opioid crisis because many of the same tactics appear to be in play when it comes to MAT. This is not to say MAT drugs have no value, just as it would be wrong to say opioids have no value. But, as stakeholders, it is incumbent on us to learn from the past.

Let’s start with Purdue Pharma, the corporation that has been in the headlines for more than a decade. As far back as 2007, the company admitted they fraudulently marketed OxyContin by claiming that it had minimal potential for abuse or addiction. As we later learned, it was incredibly addictive when prescribed exactly as Purdue recommended.

This company is widely believed to have launched America’s opioid epidemic through their aggressive and insistent marketing methods. Many other drug companies, smelling the opportunity to rake in millions, piled on in their wake. Thus we have many companies to choose from in this review.

Purdue patented a time-release formulation of oxycodone they called OxyContin. From its launch in 1996 until 2018, the company sold $35 billion of this drug. Until the pill was reformulated to be harder to abuse in 20120, it was by far the most commonly abused painkiller in America. Prior to patenting the OxyContin formula, Purdue was also selling MSContin, a time-release form of morphine, also an abused and addictive drug.

Incredibly, in 2018 Purdue Pharma was granted a patent for a drug to treat opioid addiction. The new patent was for buprenorphine and naloxone in the form of a wafer that would dissolve quickly under the tongue. This buprenorphine-naloxone combination is widely used in addiction treatment. The granting of this patent garnered well-deserved criticism.

Then in 2021, the company applied to the FDA for a priority review of a drug similar to naloxone which would reverse opioid overdoses. By this time, Purdue was in the middle of extended bankruptcy proceedings. It plans to distribute this spray form of naloxone through collaboration with Harm Reduction Therapeutics.

There are literally thousands of lawsuits naming Purdue Pharma as a defendant. In October 2020, Purdue settled a lawsuit with the U.S. Department of Justice for $8.3 billion, resolving both civil and criminal investigations into their marketing practices. In July 2021, they resolved a multi-state lawsuit for their role in launching the opioid crisis with a pledge to pay another $4.5 billion. The owners, the Sackler family, have managed to avoid any criminal charges. 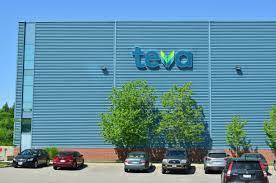 Teva Pharmaceuticals is a corporation headquartered in Israel that manufactures and markets generic versions of well-known drugs when their patents lapse. They profited from the gold rush of painkiller sales by selling generic forms of buprenorphine, oxycodone and fentanyl, all opioid painkillers.

Teva manufactures and sell a generic version of Suboxone, a drug that is widely used in medication-assisted treatment (MAT). Suboxone contains buprenorphine and naloxone. They also manufacture and sell a generic preparation of Narcan, a form of naloxone that can be sprayed into the nose of a person who is overdosing. Both these drugs are needed only because of opioid addiction—a problem greatly exacerbated by the overmarketing of opioid painkillers.

In 2019, Teva agreed to settle lawsuits that included defendants Johnson & Johnson and pharmaceutical distributors AmerisourceBergen, Cardinal Health and McKesson. The group of defendants pledged $48 billion to resolve these lawsuits. This settlement ended two years’ worth of lawsuits that had been filed by U.S. state and local governments. These governments claimed that the defendants had fraudulently marketed their opioid drugs as having a low risk of addiction. As part of their settlement, Teva offered to donate $23 billion worth of their generic form of the MAT drug Suboxone. They wanted to pay their $250 million share of the settlement over a ten-year period.

In September 2021, Teva agreed to pay another $15 million to the State of Louisiana to settle opioid-related claims. They also agreed to donate $3 million worth of medication for addiction treatment. They will pay this $15 million over 18 years.

Johnson & Johnson got into the opioid business in a very big way. As revealed in a lawsuit filed by the State of Oklahoma, J&J marketed an extended-release opioid called Nycynta and a fentanyl patch called Duragesic. But they didn’t stop there. They operated a subsidiary named Tasmanian Alkaloids that worked with opium poppy farmers in Tasmania to obtain enough of the flowers to supply half the planet’s demand for opium. They also operate Noramco, a company that processes the poppies into opium for drug manufacturers around the world. 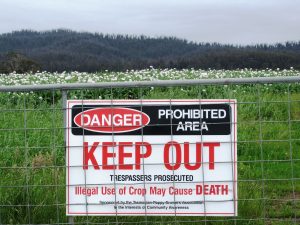 Tasmanian Alkaloids even developed a new strain of poppies that was ideally suited for conversion into oxycodone and hydrocodone. Johnson & Johnson obtained this Tasmanian company in the 1980s and sold it in 2016 as the parent company was being named in one lawsuit after another.

Through its wholly-owned subsidiary Janssen Pharmaceuticals, J&J markets methylphenidate (Concerta), Duragesic, and tramadol. All three of these drugs are common drugs of abuse.

Janssen Pharmaceuticals also markets topiramate, a drug used in treatment of alcoholism. Its use in treating dependence on nicotine, cocaine, methamphetamine, benzodiazepines and ecstasy is being investigated. Noramco still manufactures naltrexone and buprenorphine for use in addiction treatment.

Many states that wanted to file lawsuits against the pharma companies agreed to consolidate their thousands of suits into one massive suit to be tried in Ohio. Johnson & Johnson is named in many of these lawsuits. The State of Oklahoma, however, decided to try this case in their own state. After months of testimony, the judge in charge of the trial found that Johnson & Johnson had contributed significantly to Oklahoma’s opioid addiction problems and ordered the company to pay $572 million. This figure was later reduced to $465 million.

In 2021, Johnson & Johnson settled a lawsuit with New York State with an agreement to pay $230 million for its role in fueling an addiction crisis in that state. While J&J agreed as part of this settlement to stop selling painkillers in America, Janssen can continue to make and sell them.

The Blame Doesn’t Stop There… By Any Means

The lists of defendants in these thousands of lawsuits provide other names that could also be included in this article, for example, Endo Health Solutions (formerly Endo Pharmaceuticals), Invidior, Reckitt Benckiser, AbbVie, Cephalon, Mallinckrodt PLC and Watson Laboratories. But the three companies examined above make the point that these companies have profited from creating addiction and still profit from from treating it and sometimes continuing to sell the same types of drugs that caused the addiction crisis.

Many Years to Pay Their Settlements

It’s noteworthy that in some of these lawsuits, the pharmaceutical companies can pay out their settlements over a period as long as 18 years. So one wonders. Will these companies continue to profit from the sales of addictive painkillers, treatment or antidote drugs on into the future? Will their sales in treatment and antidote drugs cover the costs of their settlement payments? With these potential profits offsetting the cost of their settlements, they are free to continue to profit from either the continued sales of addictive products or drugs to treat the problems they helped cause.

If it were possible to achieve pure justice, wouldn’t pharma corporations be banned from ever profiting from the sales of drugs they fraudulently marketed or any treatment or antidotal drugs? We are not likely to see this level of justice achieved any time soon. But, the recent past can be instructive for how to move forward and a careful evaluation of the entities we trust with the lives of our loved ones and neighbors is always the right move. Too often today, another government agency or official body comes out in support of narrowing the options for addressing the opioid crisis to a MAT-heavy or MAT-exclusive approach.

When we make decisions about which legislation or government policies deserve our support, we should evaluate who will benefit. Those who are addicted and their families should benefit; those who have already profited from creating this crisis should not.