Is an Opioid Distributor Still Seeking to Profit from the Opioid Epidemic?

In 2018, McKesson committed the astronomical sum of $100 million to support a new non-profit group, the FORE Foundation. Is there any reason, really, to think twice about this collaboration between McKesson and the FORE Foundation? The answer might be “yes.” This type of action was one of the tactics used by Purdue Pharma to smooth the path to increased opioid prescribing—getting a non-profit to spend your money making increased use of your products possible. In the end, even this move could be all about profits. 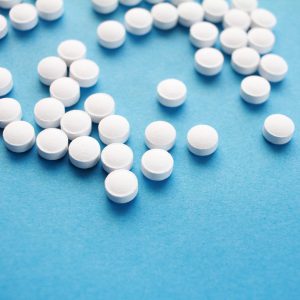 “FORE is a national grantmaking organization focused on ending the nation’s opioid crisis. We are deeply committed to enhancing access to care for all Americans experiencing an opioid use disorder and enabling communities to invest in prevention.”

Per their website, two of the main channels on which the FORE Foundation operates are:

The FORE Foundation website notes that they are committed to advancing “patient-centered, innovative, evidence-based solutions addressing this public health challenge.” The use of medication-assisted treatment—buprenorphine, methadone and naltrexone—is at the heart of what is touted as evidence-based addiction treatment.

Is there any reason, really, to think twice about this collaboration between McKesson and the FORE Foundation? The answer might be “yes.”

Reminders of Unholy Alliances Earlier in the Opioid Crisis

In the wake of lawsuits against Purdue Pharma for their involvement in creating our opioid crisis, we learned about the unholy alliances Purdue initiated to forward their cause of selling opioids for massive profits. In 2019, Fierce Pharma reported on some of these alliances and the possible improper influence Purdue had over the World Health Organization (WHO). Reps. Katherine Clark, D-Massachusetts, and Hal Rogers, R-Kentucky published a report outlining these improprieties.

Fierce Pharma reports: “Clark and Rogers laid out a web of funding among Purdue and eight nonprofits, including the International Association for the Study of Pain, the American Pain Society and the Mayday Fund. All those groups played a role in developing the two guidelines, which were designed to help doctors when treating patients’ pain, the report says.


“Purdue was also connected to a former WHO employee, William Scholten, a team leader responsible in part for approving the two guidelines, the report alleges. Scholten later became a private consultant and collected speaking fees from Purdue after the guidelines were approved.”

This is a tried and true tactic: Use a non-profit organization to forward a cause that, in the end, increases your profits.

A startling and yet insidious example of this kind of alliance is the publication of the book Exit Wounds, a Survival Guide to Pain Management for Returning Veterans and Their Families. I purchased and read this book in 2019. The book is highly empathetic and offers injured veterans understanding and advice on how to proceed with their post-military recoveries from injuries. The book was financed by Purdue Pharma and the American Pain Foundation, and was written by Derek McGinnis, who served in Iraq and returned an amputee.

The book seems entirely aboveboard until you get to a chapter on pain relief right in the middle. Here’s some quotes from this chapter:

“Many people with persistent pain, for example, don’t develop tolerance and stay on the same dose of opioids for a long time.”

“…despite their great benefits, opioids are often underused.”

“Long experience with opioids shows that people who are not disposed to addiction are unlikely to become addicted to opioid pain medications.”

This book was published in 2009, shortly after Purdue Pharma’s guilty plea (2007) and before their reformulation of OxyContin to make it abuse-resistant (2010), a move that triggered increased use of heroin. Is there any question that the funding of this book was meant to help Purdue sell more drugs?

If you are a company that profits from the distribution of opioid treatment drugs as well as opioid reversal drugs, then finding ways to encourage the growth of “evidence-based treatment” will, in the end, increase your bottom line. McKesson distributes both of these drugs. The company has already been named in a vast flurry of lawsuits against pharmaceutical manufacturers and other distributors like AmerisourceBergen and Cardinal Health.

These lawsuits have claimed that McKesson materially contributed to the opioid crisis by shipping millions of pills of addictive opioids to small towns. For example, in 2021, NPR reported on a trial in West Virginia. A community of roughly 91,000 people received shipments of 81 million pills from three major pharmaceutical distributors over a nine-year period. NPR reports: “Attorneys representing AmerisourceBergen, Cardinal Health and McKesson acknowledged shipping tens of millions of opioid pills to Huntington and Cabell County.”

The most altruistic move a pharmaceutical company could make is to help the public avoid the use or misuse of drugs or to help those who are addicted return to a state of complete non-reliance on pharmaceutical support. To our knowledge, there are no efforts by pharmaceutical manufacturers or distributors to achieve these goals. Skepticism might be appropriate.