A recent announcement from the office of New York Attorney General Letitia James revealed a new $26 billion settlement agreement with America’s largest drug distribution companies who played a major role in creating an epidemic of opioid addiction and overdoses. 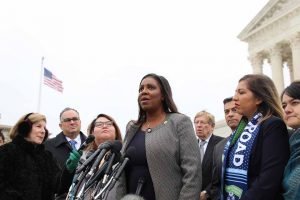 In a completely perfect world, it would be possible to calculate to the penny how much companies like McKesson, Cardinal Health and Amerisource Bergen reaped from their excessive distribution of opioid painkillers. Surely it would be possible, if there were enough staff and access to all the information needed, to determine what the proper distribution of painkillers would have been if these companies and others like them had not been willing to overlook what had to be happening. If they had not overlooked the huge quantities of addictive medications shipped to small communities, they could have played a role in stifling the growth of addiction and opioid overdoses that followed these shipments.

As an example, according to a Kentucky court filing by their Attorney General, Amerisource Bergen “distributed 132 million hydrocodone and oxycodone pills to West Virginia between 2007 and 2012.” There were only 1.8 million people in the state. What would the proper number of pills to the state have been? Using national statistics, how many people were in authentic, medically-verifiable pain and how many became addicts or drug dealers because of this deluge? Insisting on a return of every penny of income made from improper distribution would be possible in a perfect world. In our imperfect world, a $26 billion settlement is a big step in the right direction.

New York Attorney General Letitia James today announced an historic proposed $26 billion agreement that will help deliver desperately needed relief to communities across New York and the rest of the nation struggling with opioid addiction. The proposed agreement will resolve claims against three of the nation’s largest drug distributors — McKesson Corporation, Cardinal Health Inc., and Amerisource Bergen Drug Corporation — as well as one of the nation’s largest drug manufacturers — Johnson & Johnson (J&J) — over the companies’ roles in creating and fueling the opioid epidemic. New York communities ravaged by opioids will specifically receive up to $1.25 billion to fund prevention, treatment, and recovery programs (the terms of New York’s specific settlements were previously announced with both the three distributors and with J&J). Additionally, today’s proposed agreement requires significant industry changes that aim to end the opioid epidemic and prevent this type of crisis from occurring again.