As early as 2013, Suboxone misuse was being categorized as a “new drug epidemic” though the extent of its effects was not know because medical examiners and coroners were not routinely testing for the drugs. Percy Menzies, a pharmacist and addiction expert is quoted as saying “This is insanity. Buprenorphine is one of the most abused pharmaceuticals in the world.”

A drug increasingly being used to treat opioid addiction may be fueling a new epidemic of diversion, overdose, addiction and death in the United States. 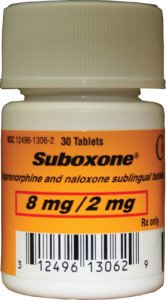 The drug’s name is buprenorphine, but it is more widely known by its brand name – Suboxone – which for many years was sold exclusively by Reckitt-Benckiser, a British pharmaceutical company. Since Reckitt’s patent on Suboxone expired in 2012, several other drug makers have rushed to introduce their own formulations – hoping to grab a share of the $1.5 billion market for Suboxone in the U.S.

Two generic versions of buprenorphine were introduced earlier this year. And this month a Swedish drug maker began selling a menthol flavored tablet – called Zubsolv – that is designed to mask the bitter taste of buprenorphine. Other formulations of the drug include a film strip that dissolves under the tongue and a buprenorphine skin patch. One company is even developing a buprenorphine implant to be inserted under the skin.

“This is insanity,” says Percy Menzies, a pharmacist and addiction expert. “Buprenorphine is one of the most abused pharmaceuticals in the world.

“We took an abused drug and we said let’s use it to treat addiction to heroin and opiates.”