The Plusses and Minuses of MAT Drugs

Methadone and various formulations containing buprenorphine are treatment drugs used in medication-assisted treatment, usually referred to as MAT. These are the MAT drugs approved for treatment of opioid addiction (opioid painkillers, heroin, fentanyl). We will take a look at the minus side as well as the plus side of these opioid addition treatment drugs. Treatment with MAT drugs can be right for some people. But anyone choosing this treatment so they can leave addiction behind should be prepared for the minus side of MAT. 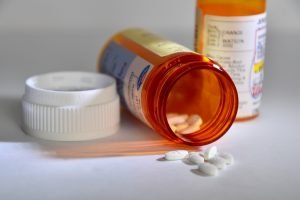 Methadone and various formulations containing buprenorphine are treatment drugs used in medication-assisted treatment, usually referred to as MAT. These are the MAT drugs approved for treatment of opioid addiction (opioid painkillers, heroin, fentanyl). There are some others intended to treat alcoholism. We will take a look at the minus side as well as the plus side of these opioid addition treatment drugs.

First, let’s look at some of the plusses.

When it works and when a person can stick with the whole MAT program, it can offer specific and valuable benefits. Because of these plusses, MAT has gained popularity and is often described now as the “gold standard” of addiction treatment. This is especially true among government agencies and groups expected to treat the addicted.

What’s on the Flip Side?

What is the minus side of MAT for opioid addiction?

Minus #1: The individual must still take an addictive substance every day. This means that they are continuously subjected to the effects of an opioid.

If a person is taking Suboxone, these effects include:

Minus #2: These MAT drugs are also drugs of abuse and can cause overdose.

Since they were approved for use as MAT drugs, buprenorphine formulas have become drugs of abuse around the world. They are sold by drug dealers and sought by those addicted to opioids.

Because they are opioids, they can also cause overdoses. Between 2005 and 2010, for example, buprenorphine began to be much more widely used as a MAT drug. During this time, ER visits involving buprenorphine increased from 3,161 to 30,135 visits annually, according to one review of ER statistics.

Before fentanyl hit the illicit market, another MAT drug, methadone, accounted for a large percentage of accidental drug overdoses. One study in West Virginia discovered that 80% of those who consumed enough methadone to overdose also had a history of drug abuse.

Another study found that there are many people purchasing illicit supplies of buprenorphine products so they can self-treat their addictions. A little Suboxone will keep their withdrawal sickness at bay if they can’t get the drugs they really want. Or they may get Suboxone film on the illicit market and take decreasing amounts in an effort to wean themselves off opioids. Addiction forum websites have plenty of conversations in which people try to advise each other on the best way to withdraw from drugs.

Minus #3: They are not curative.

This point is often left unstated by many professionals in this field. Methadone and buprenorphine may both be used as “maintenance medications.” That means they are replacements for the drugs that were being abused. But there may be no intention that a person becomes “cured” of their need for these drugs.

A person who wishes to leave addiction behind could, instead, be left on these drugs for an indefinite period. A report from the Journal of the American Medical Association remarked that two years is advisable for maintenance on methadone, but that for many patients, “years or even lifetime maintenance may be needed, but there is often patient and family opposition.” In other words, the patient or their family doesn’t really want them taking methadone forever.

Some medical practitioners prescribe buprenorphine products indefinitely but it is less common. On this point, a paper published in the Oscher Journal stated: “In line with the move toward maintenance and chronic opioid treatment rather than detoxification and abstinence, studies suggest that treatment duration should be years rather than weeks to months for most patients. The FDA recently adjusted its labeling to state that some patients will benefit from indefinite buprenorphine treatment.”

Minus #4: Use of MAT does not prevent a person from abusing other types of drugs.

A person on methadone or buprenorphine can drink alcohol, smoke marijuana, use stimulants or consume synthetic drugs and get high from any of them. The only situation that is addressed is the person’s cravings for opioids. If they have a psychological need to escape life situations, there are many other options available to them. Treatment programs know this and some will test their patients for other drug use. I would hazard a guess that the more loosely-run programs would not be as concerned about other drug use as long as their participants keep coming.

Minus #5: At some point, the MAT patient still experiences withdrawal.

According to a presentation from the University of Nevada, Reno, School of Medicine, the symptoms of abrupt buprenorphine withdrawal can be significant. 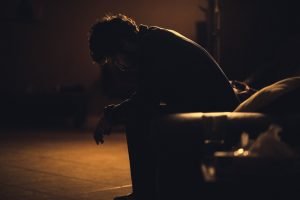 A more gradual buprenorphine taper may be accompanied by these symptoms:

Symptoms of methadone withdrawal are similar and can last for 20 days.

Minus #6: MAT does not remedy a craving for opioids.

Is this perhaps the biggest minus of them all? A MAT patient still receives opioids every day. They remain dependent and affected by an opioid 24/7. They never learn to break their opioid dependence and learn to live without the drug. Does this make eventual relapse more likely than if they were in a program that broke them free from opioids and help them build a new sober life with stronger life skills?

One study published on the National Institutes of Health website included this passage: “Results showed that approximately 49 percent of participants reduced prescription painkiller abuse during extended (at least 12-week) Suboxone treatment. This success rate dropped to 8.6 percent once Suboxone was discontinued.”

When there is a high tendency to relapse when MAT is discontinued, then the person receiving MAT seems to be maintained in dependent state. That situation does not seem to fit the definition of rehabilitation: The act or process restoring something to its original, undamaged state.

Treatment with MAT drugs can be right for some people. But anyone choosing this treatment so they can leave addiction behind should be fully informed about and prepared for the minus side of MAT.