The Science of Addiction Remains Unsettled

Conversations about the underlying nature of addiction often turn contentious. Sometimes they devolve into disputes with the character and zeal of a holy war. The prevailing wisdom holds that addiction is a disease, often likened to diabetes. That perspective is practically the only theory covered in popular American media and, in some circles, questioning it is tantamount to heresy. Yet, despite the ubiquity of the disease model, the science of addiction is far from settled.

The Disease Model of Addiction is Not Unanimously Accepted by Authorities 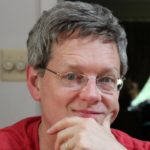 For example, see “Is Drug Addiction a Brain Disease?” in the May-June 2018 edition of American Scientist. For much of their professional lives, both of its authors assumed the common wisdom was correct, that addiction is a disease of the brain — until they examined the science. Then they were forced to conclude that “there are virtually no data in humans indicating that addiction is a disease of the brain in the way that, for instance, Huntington’s or Parkinson’s are diseases of the brain. The existing paradigm is based on intuition and political necessity, not on data and useful clinical results.”

See also “Can You Cure Yourself of Drug Addiction?” in Scientific American in March 2011 which contains an interview with practicing psychiatrist Dr. Sally Satel, Senior Fellow with the American Enterprise Institute and a lecturer at the Yale University School of Medicine. When asked if addiction is a disease of the brain, Satel responds “I’m critical of the standard view promoted by the National Institute on Drug Abuse that addiction is a brain disease. Naturally, every behavior is mediated by the brain, but the language ‘brain disease’ carries the connotation that the afflicted person is helpless before his own brain chemistry. That is too fatalistic.”

The article also references the work of Gene Heyman, specifically “Addiction: A Disorder of Choice” which provides an alternative view of the nature of addiction.

Another article published by Scientific American, “Do-It-Yourself Addiction Cures?” in August 2008 covers several studies which showed positive results for a set of people who did not seek addiction treatment, in other words self-changers. The article notes:

“…self-change in drug addiction is a much more common choice for solving the problem than treatment is; a substantial percentage of self-changers are successful; a significant percentage of those who were formerly addicted continue to use drugs occasionally without returning to addiction-level use, and they maintain these changes fairly well over time; and those who seek treatment usually have more severe problems than those who do not.”

This is not to say we should do away with any treatment, in fact opportunities for treatment should be increased. But it does powerfully bring into question the  focus on the monolithic contention that addiction is solely a chronic brain disease that only succumbs to treatment with pharmaceutical drugs.

International Challenges to the Brain Disease Model of Addiction

“In February 2014, the journal Nature published an editorial concerned primarily with the attempt by animal rights activists to close down addiction research labs that experimented on animals. The editorial also stated that drug addiction was ‘a chronic relapsing disease that changes the structure and function of the brain’ and that this was not ‘particularly controversial, at least among scientists’. Derek Heim wrote a letter to the journal protesting against these assertions and, with the assistance of Nick Heather, succeeded in obtaining the signatures of 94 addiction scholars and researchers from around the world. An abbreviated form of the letter was published in Nature. It disagreed with the one-dimensional portrayal of addiction in the editorial and the claim that this was uncontroversial among scientists, further arguing that ‘substance abuse cannot be divorced from its social, psychological, cultural, political, legal and environmental contexts: it is not simply a consequence of brain malfunction’.”

In 2022, the Addiction Theory Network published an authoritative book: “Evaluating the Brain Disease Model of Addiction“. This ground-breaking book advances the fundamental debate about the nature of addiction. As well as presenting the case for seeing addiction as a brain disease, it brings together all the most cogent and penetrating critiques of the brain disease model of addiction and the main grounds for being skeptical of BDMA claims. The idea that addiction is a brain disease dominates thinking and practice most prominently in the United States. However, the editors of this book argue that our understanding of addiction is undergoing a revolutionary change, from being considered a brain disease to a disorder of voluntary behavior.

The history of drug abuse and addition is filled with narrow, dogmatic “solutions” which promise to set everything right. But monocausal explanations of addiction have never succeeded and long history has demonstrated there are many pathways to recovery.

Unfortunately, the science of addiction remains unsettled and attempts to solve addiction problems based on a single theory routinely fail. From a public policy standpoint it is therefore imperative to pursue multiple options and take into account various approaches when designing community response to the drug addiction crisis.