Just in time for Christmas, a federal judge has overturned the protections granted to the Sackler family as part of their bankruptcy deal orchestrated by Judge Robert Drain of White Plains, New York. Had this protection remained intact, no individual or other entity would have been able to hold the Sacklers accountable for their decades of fraudulent and aggressive marketing of the addictive drug OxyContin.

As widely reported in the news media in 2019, the Sacklers began moving billions of dollars out of Purdue’s coffers and into an intricate arrangement of companies, trusts and offshore accounts. This was all done before filing for bankruptcy. As noted by Tennessee attorney Mark Chalos, “The Sacklers allegedly moved significant money offshore, which potentially would make it harder for any judgment creditor to reach.”

As part of their agreement to this bankruptcy plan, the Sacklers agreed to contribute $4.5 billion to settle the more than 3,000 lawsuits pending against Purdue Pharma and themselves. However, some experts estimate that the Sacklers withdrew more than $10 billion to keep it out of bankruptcy proceedings.

Washington State Attorney General Bob Ferguson stated: “There cannot be two forms of justice – one for ordinary Americans and a different one for billionaires. I’m prepared to take this fight all the way to the Supreme Court, if necessary, to ensure true accountability for the Sackler family.” 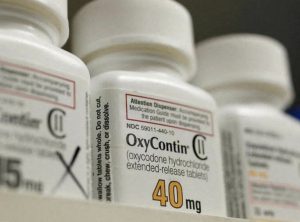 U.S. District Judge Colleen McMahon said in a written opinion on Thursday the New York bankruptcy court that approved the settlement did not have authority to grant the Sacklers the legal protection from future opioid litigation that formed the linchpin of Purdue’s reorganization.